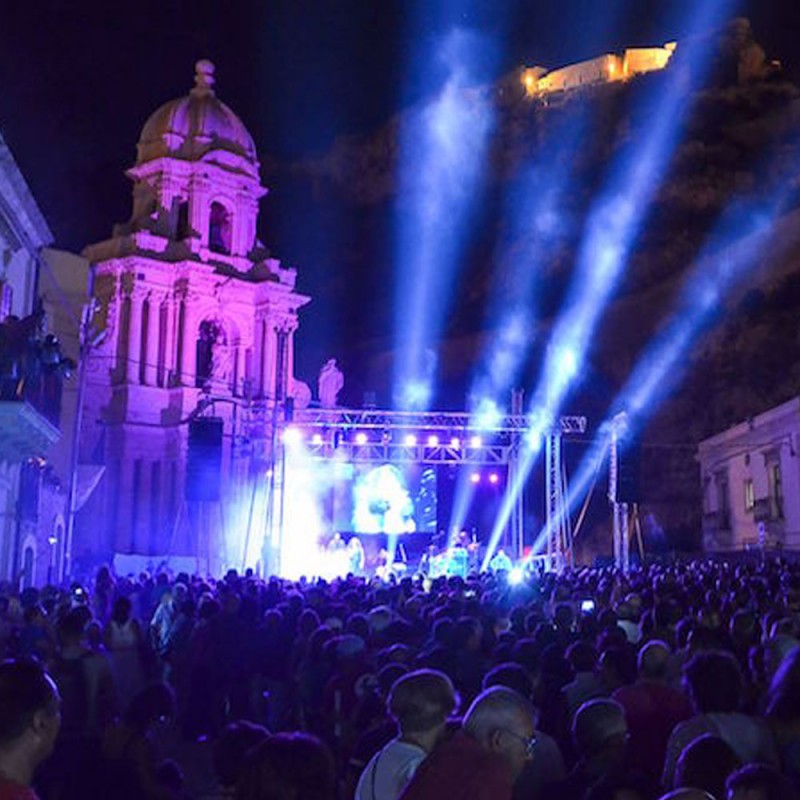 Thousands in Scicli they leave "pinch" the long night filling power of the "Taranta Sicily Fest". An extraordinary event happened every year creates a direct link between Sicily and Puglia. Thousands of spectators flock to Scicli, visitors, residents, many tourists but mostly a lot of fans of the music of southern Italy, the protagonists as early as the afternoon, with courses and workshops for adults but also for children. The river of "tarantolati" pours hollow San Bartolomeo, extraordinary and evocative location. The baroque church in the background and before the stage from which the musicians have to take turns to dance thousands of viewers simultaneously. The dances take off with the most famous tarante but also songs of Salento to dance for hours together. An energy overwhelming, with all the force of the music played at Taranta Sicily Fest.

10 other products in the same category: