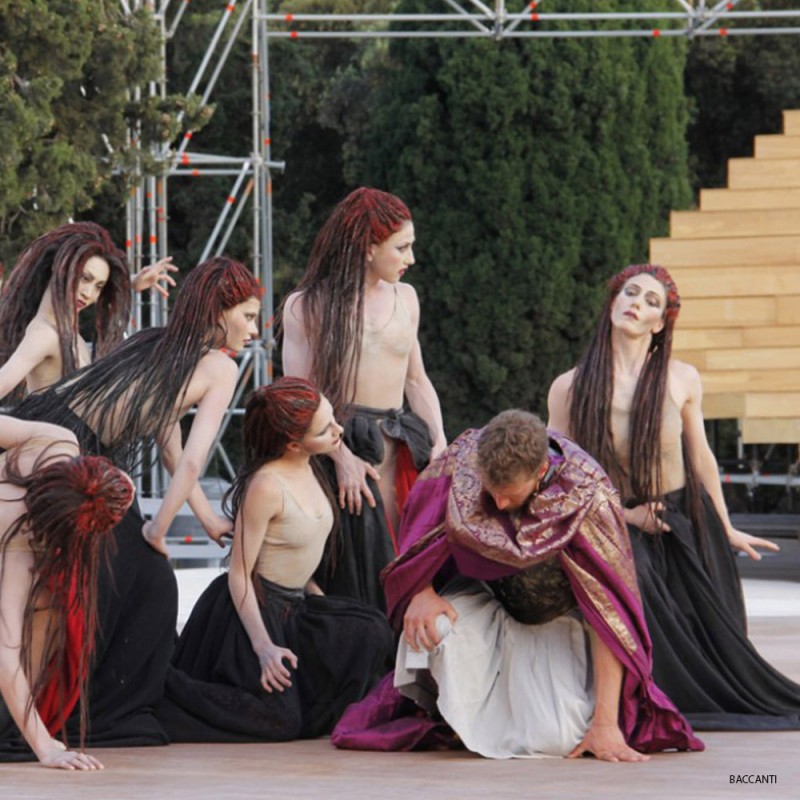 From May to July, this is the Best Time to visit Sicily if you are a fan of the Greek Theater.
For the Theatrical Season "The Theater and the City" as the title and The Leading Thread of A Season That Will Lead Visitors on a Trip to the Story of the tragic genre. In the year when the 2750th anniversary of the foundation of Siracusa will be celebrated, the Inda Foundation will set up a season focused precisely on the "polis", because the city of Siracusa has an inseparable relationship with its theater. Three New Indie Productions, The Return of Comedy, and the Reproposition of a Long Time Forgotten Title Are the pillars of the new season.

The tragedies "The Seven against Thebes" by Eschilo and "The Phenics" of Euripides, and the "Le Fane" comedy of Aristophanes are the three works of the Fifty-third cycle of Classical Performances at the Greek Theater in Syracuse.

"The Frogs" will be, DISTANCE of 15 years from the 2002 installation entrusted to Luca Ronconi, the fulcrum of the 2017 Cycle of Shows. In the famous confrontation between Aeschylus and Euripides, Aristofane submits an incisive A critical-literary examination of moral outcomes And ideological of tragic poetry in His Most Explicit And Extreme Expressions. The Two Great Tragedies Will Be Proposed with the Representation of Dramas Due to Which Two Tragedy Protagonists of the Frog Compound On THE SIXTH MYSTIC Saga of the Theban Round The Aristofane Work will be staged at the Greek Theater for the third time AFTER the performances of 1976 and 2002.

"The Seven Against Thebes" will be set up for the fourth time AFTER the 1924, 1966 and 2005 MENTRE stage performances for "The Phenics" will be the second performance at the Greek Theater, DISTANCE of nearly fifty years from Quella in 1968. Choice One, This, Which Testifies the Induction of Induction towards Research and Valorization of Classical Culture.

- 9:00 pm gathering participants to visit Siracusa, meeting with the guide that will make us visit all the artistic beauties of the City.

- After lunch we will continue visiting Syracuse and visit the Neapolis Archaeological Park.

- Classical representation 'Seven against You'

- 9:00 pm gathering participants to visit Noto, meeting with the guide that will make us visit the city's artistic beauties.

- Lunch in the restaurant.

- Transfer to go to the locations mentioned in the program;

- 2 lunches in the restaurant;

- Trafficking Tickets "Greco Theater" Syracuse and everything that is not specified in the "include" entry.

- A deposit of 30% of the total amount will be required upon booking. The balance must be paid by bank transfer 15 days before arrival.

Sicily Sea Holiday reserves the right to change itinerary if, for reasons of bad weather or other causes, it is not possible to go to the designated place.

In case of cancellation the deposit of 30% paid at the time of booking will be in no way refundable. The withdrawal is allowed up to 30 days before the service is used.

5 other products in the same category: